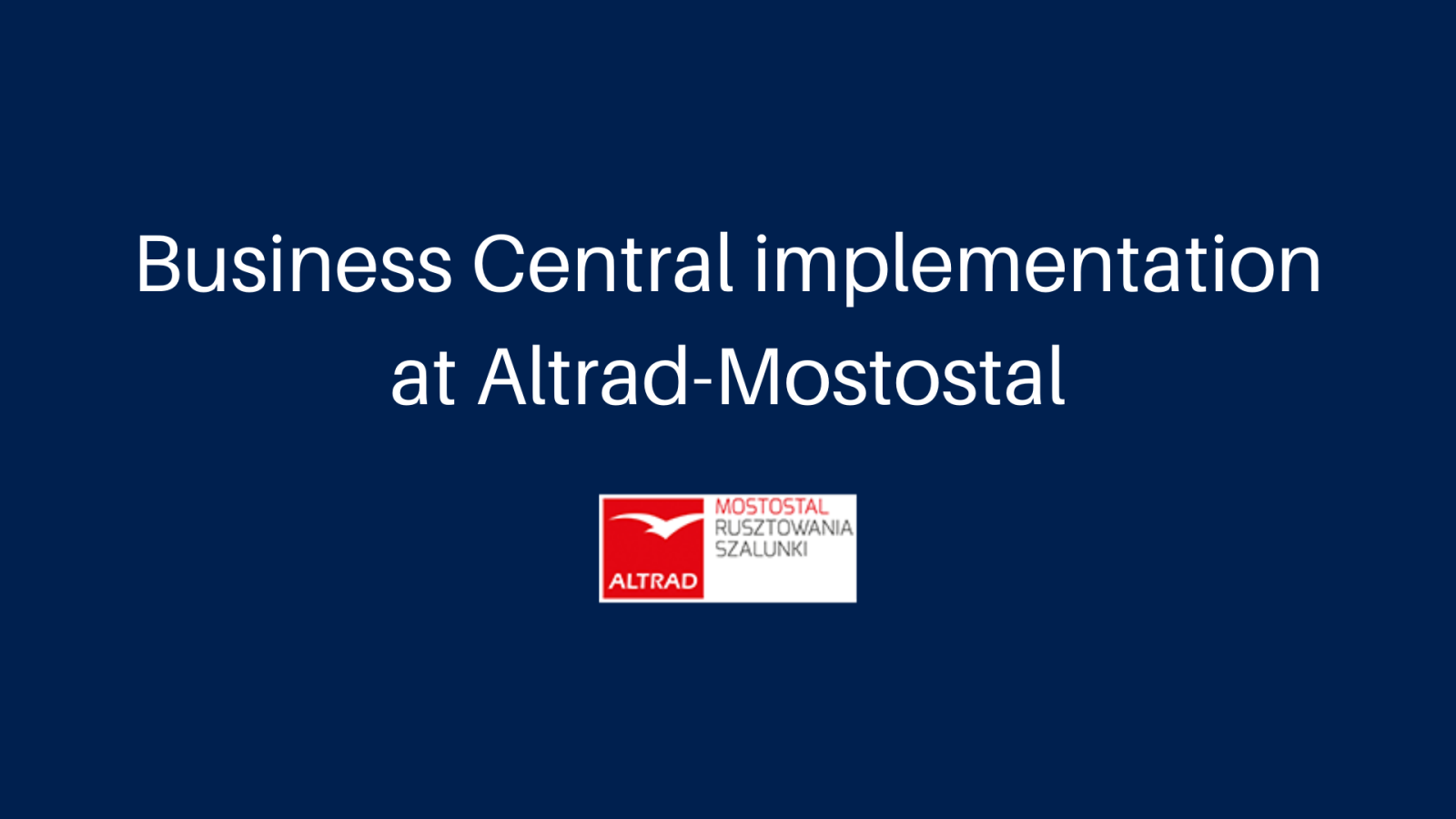 Altrad Group
The Altrad Group is a corporation based in France, which is a giant in the construction industry. The group consists of about 1,700 companies employing approximately 37,000 employees in over 100 countries around the world. Current turnover amounts to € 3.4 billion per year. The main areas of activity are sales, rental, production as well as logistics and transport of construction equipment. The Altrad group’s offer includes mainly the production and rental of scaffolding and formwork as well as a wide range of construction equipment (e.g. compactors, concrete mixers, mixers, etc.).

The following modules have been implemented:

At the customer’s request, many modifications were made, including:

In addition, integration with the ForNAV add-on supporting reporting processes was applied.

In the future, it is planned to implement a solution that supports data collectors.

Differences between the implementation of Dynamics NAV and Business Central
The implementation of the latest version is characterized by increased work ergonomics. Many processes have been clearly improved (e.g. verification of data in CEIDG, verification of an active VAT payer, reverse VAT charge). Another advantage is the convenient and intuitive browser client. From the technical side, attention should be paid to improving system performance and the transition to SQL technology (instead of the native database).