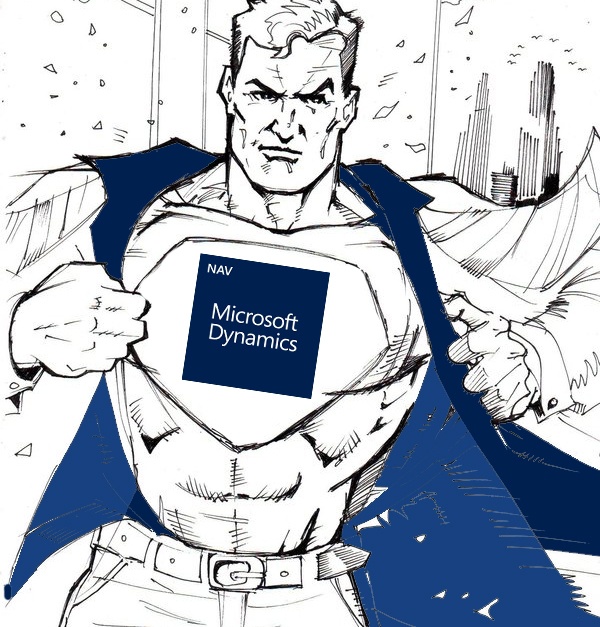 Today we open a series of posts regarding the Customer Perspective while choosing and implementing an ERP system with a guest post from Guus Krabbenborg entitled “Scale size determines ERP offer”. Read on…

This guest article opens a series of posts regarding the most important ERP milestones from the customer perspective:

The author Guus Krabbenborg provides a very useful insight for Microsoft Dynamics potential customers based on his 20+ years of experience with ERP systems. Guus is a Co-founder and Co-owner of QBS Group and Partner Master Class.

Scale size determines ERP offer
Will your current ERP system still be developed and maintained in 5 years? Or will it have sunk into the violent waves of bankruptcies, fusions and takeovers? And do you realize what this means for the information provision within your company?

According to analyst company IDC, around 12.000 ERP providers are active worldwide. This market is exceptionally fragmented. For example, the top 5 hold 17% of the market. The next 40% is shared by 574 providers, and the lowest 43% contains 11.400 providers struggling in the margin.
The large providers are growing while the smaller ones are shrinking, are taken over or kick the  bucket. Furthermore, developers of ERP systems are more and more often becoming distributors of a large ERP provider. This tendency is recognisable from other industries. Take, for example, automobiles. Around 1900, this market had around 1.000 providers in the United States only. Only three are left. The same goes for the airplane industry. In the world of IT the number of operating systems, databases andword processors already shrank to about a handful. ERP will follow.

On a local level the consequences are visible. In the Netherlands, DAF developed cars in the past, but the home market proved too small to get return on all necessary investments: exit DAF.

Airplane builder Fokker did not make it for similar reasons. It is striking that, in the meantime, the Dutch city Born does produce cars, but they only assemble for foreign markets.

Scale size, therefore, is an important determiner of who will still be a provider in three to five years. Sizeable budgets for research & development, international distribution channels, large numbers of customers and strong marketing are good predictors of success. Local ERP providers are under pressure. Is there no more room for niche players? Yes, but only if they focus exclusively on small-scale, vertical markets.

For who is orienting himself on a new ERP system it would be wise to study the continuity of his potential providers well. Nobody is waiting for the package that may be the best fit in terms of functionality, but that will soon cease to exist.

About the author: Guus Krabbenborg (1961) has been active in the world of ERP and CRM for over 20 years, out of which he was an entrepreneur for more than 15 years. He started at Philips, where he held different sales and management positions. After the takeover of Philips’ IT-division by Digital Equipment (DEC) he was involved in a management buy-out. For the consecutive 5 years he was co-owner of DBS Business solutions. After his departure from DBS he worked as Commercial Director at Navision Software The Netherlands. Since 2000 Guus has been working as an independent advisor and trainer in TerDege Consultancy. TerDege is an independent enterprise for advising, training and interim management, which is aimed specifically at the national and international market for CRM and ERP software. Furthermore, TerDege is presenter and publicist for the ERP industry. TerDege publishes, amongst other things, TerDege’s Newsletter and is a columnist for the business journal Logistiek.