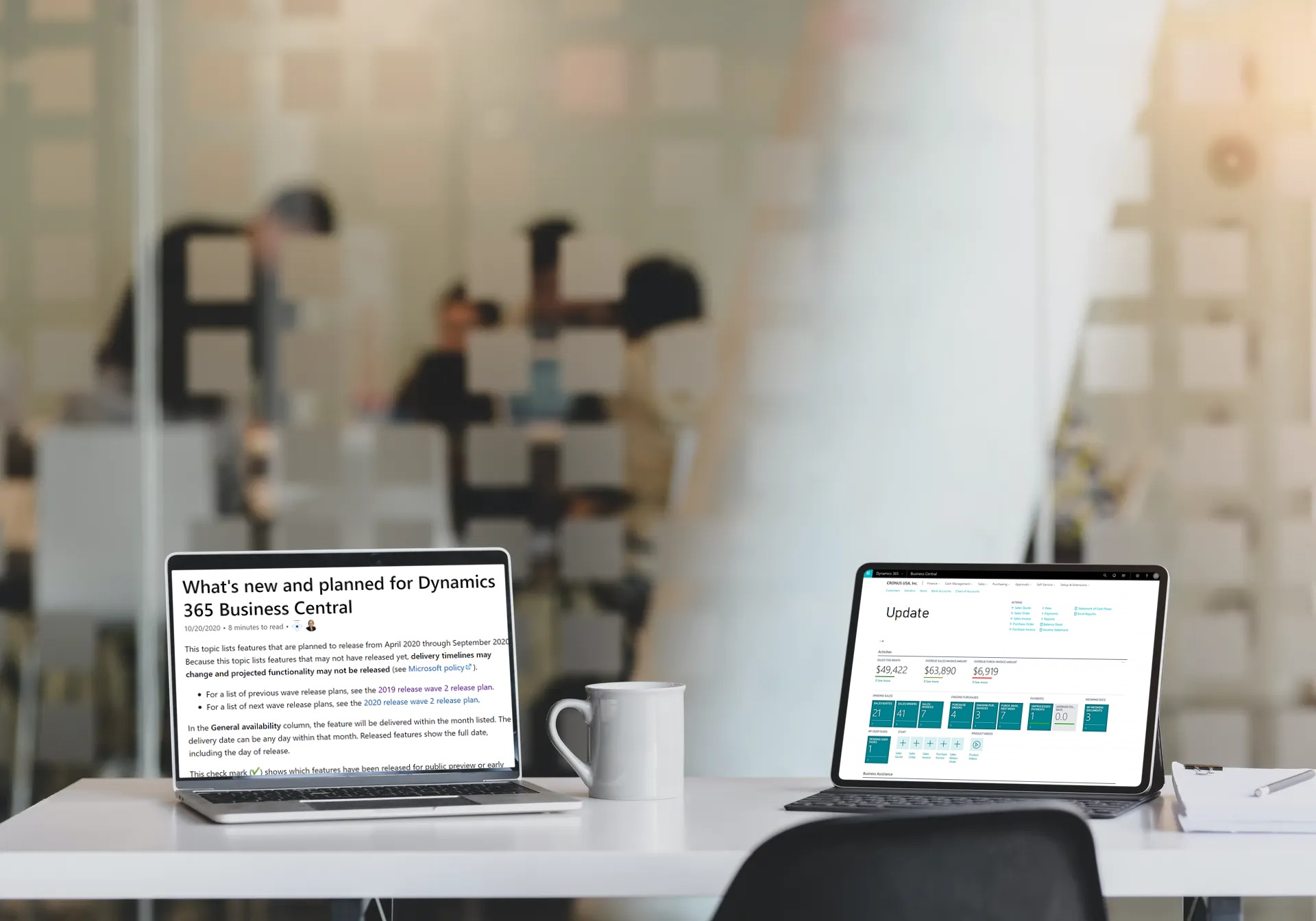 Microsoft recently announced the “Dynamics 365 Wave 1 2021” updates. This is an update that includes all the features and fixes that will be released from April 2021 to September 2021. It is one of two major updates that Dynamics 365 Business Central receives every year.

What changes is Microsoft announcing with the new update?

Better productivity for end users thanks to many functional improvements.

The full list of planned functional improvements is available here.

Deep integration with Microsoft Teams.
As part of the planned improvements, we can expect the possibility of searching for contacts saved in Business Central directly from the level of MS Teams.

New local versions
Microsoft announces next local versions. This time, the system will be adapted to the legal and accounting conditions of India, Greece, Romania and Turkey.